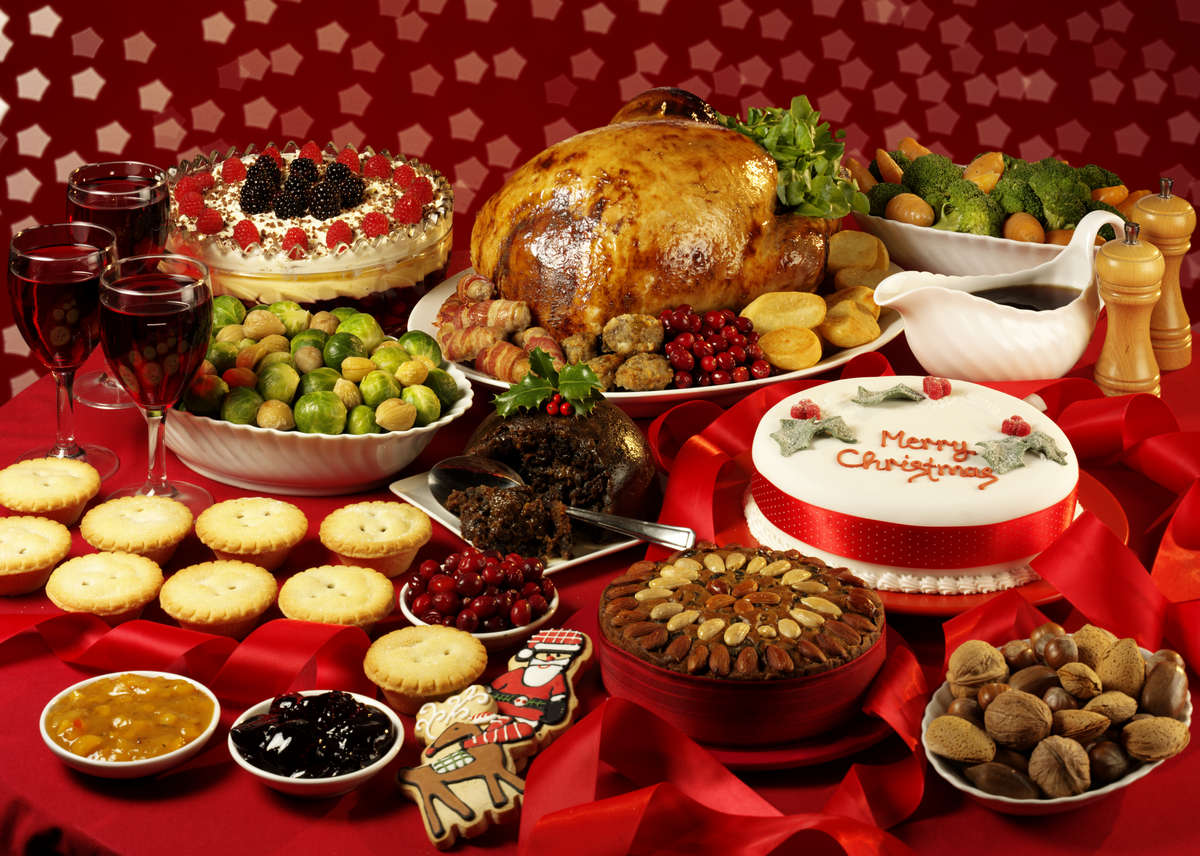 Even if you are very calorie conscious, Christmas Day is likely to see a relaxation of your usual eating pattern. And why not? You’ve worked hard all year, kept fit and maintained a healthy weight. You deserve a bit of a binge. But do you know your Christmas Calorie Count?

And do you know the likely impact on your weight of your temporary obesogenic lifestyle?

Read on to find out.

Every family is different. But there are popular choices that will appear in thousands of households’ menus for the day. Below I present a typical Christmas Day. Although I’ve made it up, I’m pretty confident there will be a lot of households for which this is quite accurate.

I’ve conservatively assumed you haven’t put butter in the scrambled eggs or on the toast. If you do, you can add another 150 calories of pure fat.

Again, I’ve assumed no butter. Less likely with blinis, more likely with little squares of wholemeal bread. Add another 100 calories of pure fat if you have butter.

This is a bit of a feast. It probably looks something like this:

Then, after a little break

Then after another break

It’s a marathon session and, by the end of it, you’re ready for a snooze! Or you crack open some more wine.

Again, I’ve been conservative. I’ve chosen supermarket ready-done spuds, sprouts, a pouch of ready made gravy and so on. In reality you’ve probably roasted the spuds and parsnips in a bath of goose fat. And used lardons in the sprouts. And poured all the fat from the bird into your own home made gravy. I’ve also assumed you don’t butter your crackers. Add 300 calories of pure fat if you do those things.

It’s a curious beast, human physiology. You’ve consumed far in excess of your calorie needs for the day and yet, oddly, you’re a bit peckish in the evening. You really fancy a turkey sandwich and a bag of crisps. And a bottle of lager. And some more chocs.

Yep, you guessed it, I’ve been conservatives again. I’ve assumed no butter on the sandwiches – add 100 calories of pure fat if you use butter. I’ve also assumed you stop at the beer and don’t go on to glug half a bottle of Baileys or more wine. You could easily add 500 calories for the alcoholic drinks I’ve discounted throughout the day.

So, you’ll see I’ve discounted a number of possible sources of calories. At least 1000 calories worth. There’s definitely a margin of error on my sums of at least that amount. A lot more in some households I’ll wager.

Lots of people watch their calorie intake over the holiday period, even on Christmas Day. But most people don’t. They go to town. I think this first stab at a calorie estimate is a little conservative to be honest. I know in my past I would have consumed more in line with the ‘realistic’ estimate below. So, consider this a conservative version of the Christmas calorie count for those of you who are calorie conscious on Christmas Day.

I think it’s realistic to assume more food is consumed. This version of the Christmas calorie count is far more like the way I used to eat. And I don’t believe for one minute that I was unusual. If you’re reading this and thinking no way! Nobody eats like that! They do. They really do. I did. Here it is:

And then if you add in the butter and goose fat and extra booze I dropped earlier, you arrive at around 7,000 calories!

We’ll go with the realistic calorie estimate – the larger one – for, well, realism. And shock factor.

If a typical man burns 2500 calories on a normal day and you assume that same person does next to nothing on Christmas Day, then you’re looking at no more than 2000 calories burned during the day.

That makes the excess 5000 calories.

And that’s just the one day.

What about the other days?

Over a 7-10 day period you eat more than normal and you’re probably still not as active as normal. And even though you may not have the same Christmas Day binge every day, there are still foods that you wouldn’t normally eat that you chip away at over the holiday. Chocolates, cheese, wine, spirits, greasy party food. In fact, you probably go to some parties and fill your boots. I think an average calorie intake of 4000 and a calorie burn of 2250 is a realistic estimate for the overall Christmas calorie count over the holiday.

The numbers above are for men, but you can assume the excess and the weight gain is roughly the same for women.

Why is it a problem?

Sounds like a daft question. It’s bleedin’ obvious. So, yes, rapid weight gain like this is not what anyone seeks. It’s not healthy and you won’t be happy with the way you look afterwards.

But it can also be demoralising. If you are trying to lose weight and you’ve been working hard, a Christmas ‘relaxation’ is going to eradicate your gains. Let’s say you lost 1lb a week leading up to Christmas, you put on half a stone in 2 weeks. Then you take another 7 weeks to take it off again. You’ve taken 16 weeks to lose 7lbs rather than taking 7 weeks.

We’ve had clients start a programme before Christmas and then miss their weight target the following summer by the amount they put on at Christmas!

You don’t have to put weight on over Christmas. In a previous blog we gave you some tips on how to avoid weight gain. Our number 1 tip was to be fat aware. The foods with the most calories tend to have the highest fat content. Avoid the fat and you’ll hugely reduce your calorie intake.

Is there anything healthy about the Christmas Day menu?

There’s plenty of food in the Christmas Day menu that has beneficial nutrients. Red cabbage and sprouts are the champs here. But also parsnips, potatoes, salmon, turkey, eggs, bread, cheese, Christmas pudding, orange juice and cranberry sauce, for example. They all have some goodness to bring to the table.

And there’s more than enough fibre in this day’s eating. So, whilst it may be super filling initially, this should ‘pass’ quickly.

But, while there is plenty of goodness, there is also plenty of ‘badness’! Buckets of saturated fat, lots of sugar and excess alcohol. These things take away health.

Net net, it’s probably a health-giving day if you avoid too much sugar, saturated fat and alcohol. And if you are stressed up to the eyeballs then this is probably a welcome down day that is doing you the world of good.

I’m definitely not saying you should ruin your day by abstaining. I enjoy a bit of indulgence myself.

But… there’s a big difference between halting your health and fitness progress for a couple of days and wiping out 2 months of hard work.

Have a great day but

Do these things and you shouldn’t be too set back by the Christmas break. If you do put weight on then just be prepared to work hard in the New Year to take it off again.