Ten reasons why you need muscle 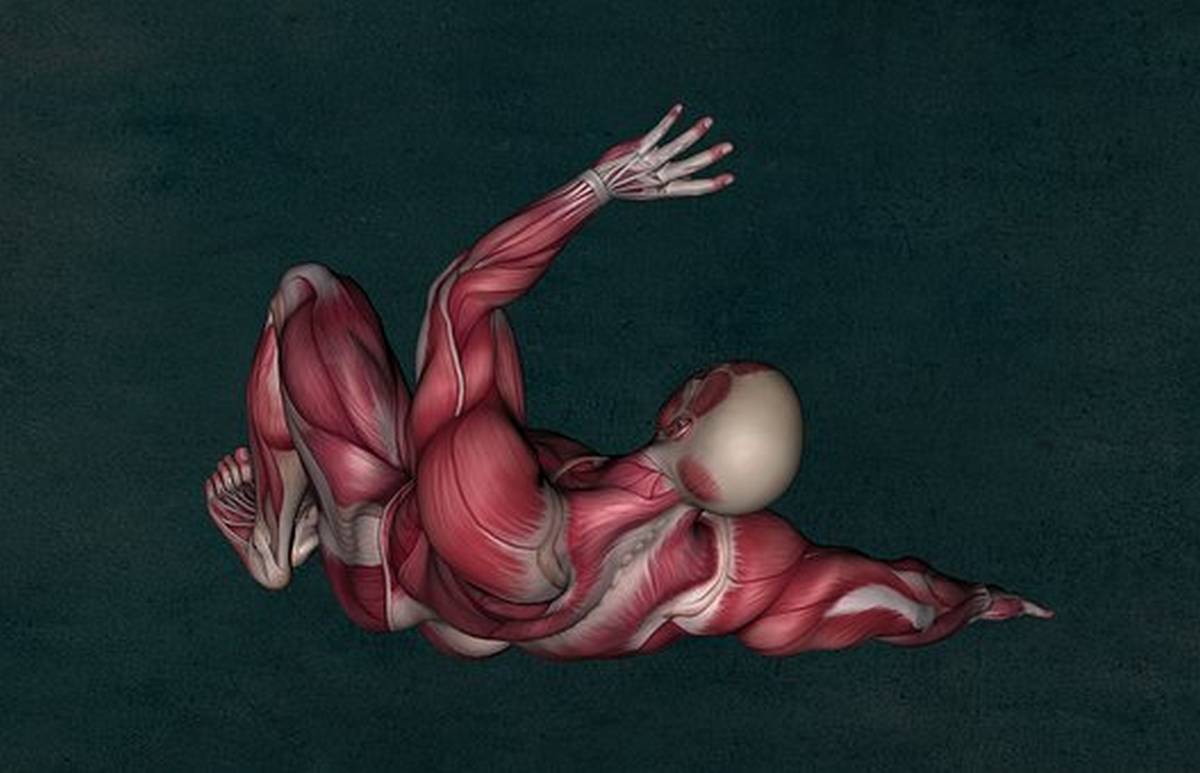 There are lots of reasons why you need muscle for health and longevity. Normally when you talk about muscle, you think of physiques and strength. But the role of muscle for health is underappreciated. I have written before about how to preserve muscle mass in order to age gracefully. Bu in this post, I go into more detail on why it is important. It can literally be a matter of life or death.

There’s a great paper on the underappreciated role of muscle in health and disease.  I’ll summarise this and chip in my own thoughts on why you need muscle.

1. It’s essential for the maintenance of life

The vital organs – brain, liver, heart, skin, lungs and so on – have a constant need for protein. They have a constant cell turnover, replacing old with new and requiring a continuous supply of amino acids to build new proteins. Without that, these organs would degenerate and become dysfunctional. If continued, the result would be, ultimately, death.

Amino acids are supplied either by protein rich foods or, in their absence, by the skeletal muscles. Muscle tissue is the body’s primary store of protein and its source of amino acids in a fasted state.

So effective is the role of skeletal muscle in providing amino acids that the protein content of the vital organs and blood glucose concentrations can remain constant for a long time in the absence of dietary protein intake, providing sufficient muscle is present to provide the amino acids.

In contrast, when muscle is severely depleted, there may not be a sufficient pool of amino acids to aid recovery, or even sustain life. Depletion of muscle mass has been identified as the cause of death in human starvation.

Heart failure and cancer are often associated with a rapid and extensive loss of muscle and strength. The amount of muscle prior to illness is an important determinant of survival.

Sarcopenia – the loss of muscle with ageing – can have a huge effect on quality of life and ultimately of survival. Sarcopenia is by far the biggest factor in the development of frailty, the likelihood of falls and the loss of activity for every day living. 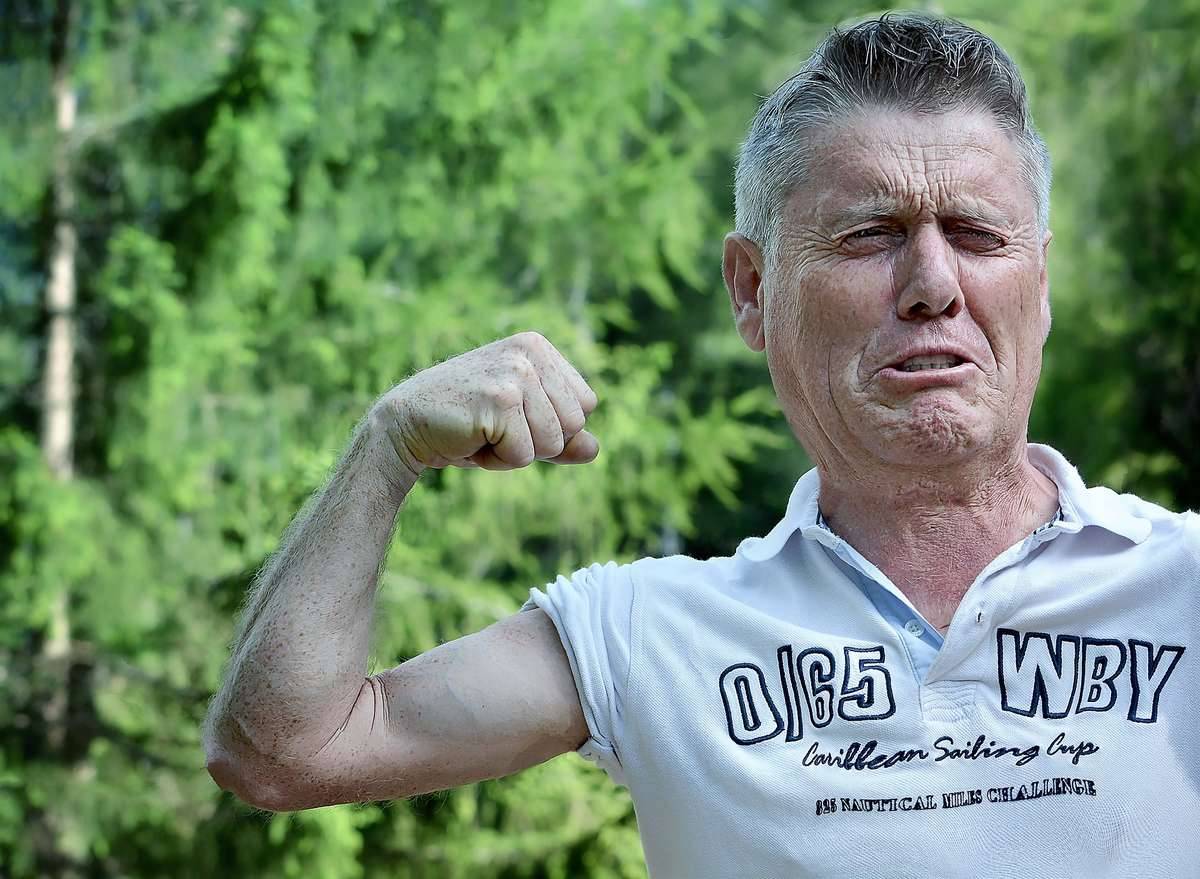 Ultimately this can lead to being institutionalised. We all age. You will age, and you will lose muscle unless you do something to counteract sarcopenia. Even on its own, that’s reason enough for why you need muscle.

It’s never too late to lift weights and put some on some bulk or tone up. 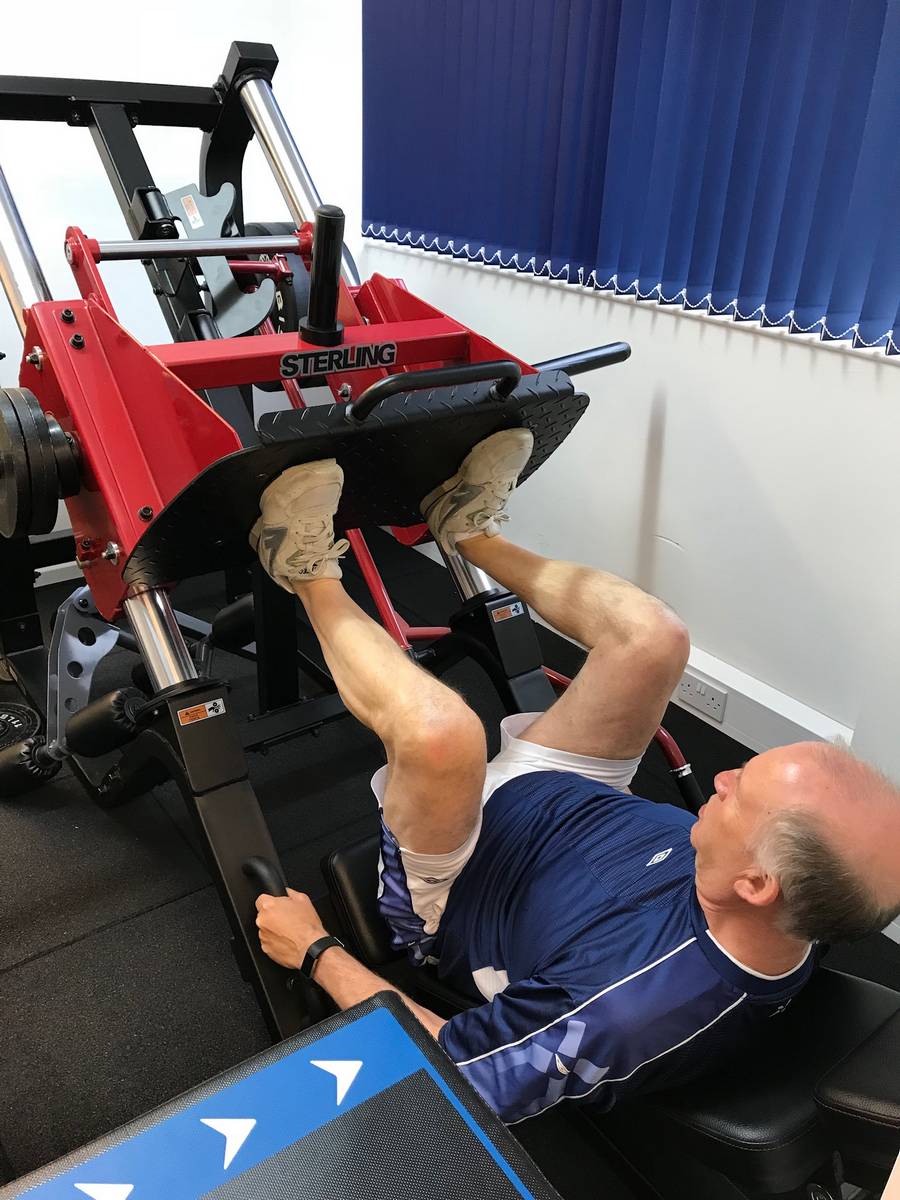 You will find a lot written about why you need muscle for keeping the metabolism high. While it is true that protein turnover and tone burn calories, the calorie cost is not as high as some might suggest.

Nevertheless, it’s a very real and significant effect. It is estimated that an extra 10kg of muscle can burn extra energy equivalent to 4.7kg (10.4lbs) of fat per year. Over the course of a number of years – the typical timespan associated with becoming obese – this can add up to several stones.

In studies, an increase in lean mass has been associated with a decrease in fat mass. When dieting, it is important to get sufficient protein to maintain muscle.

3. It keeps your immune system strong

Glutamine is an important amino acid for the support of the immune system. When the body is under immunological stress, glutamine will be required in much higher amounts. 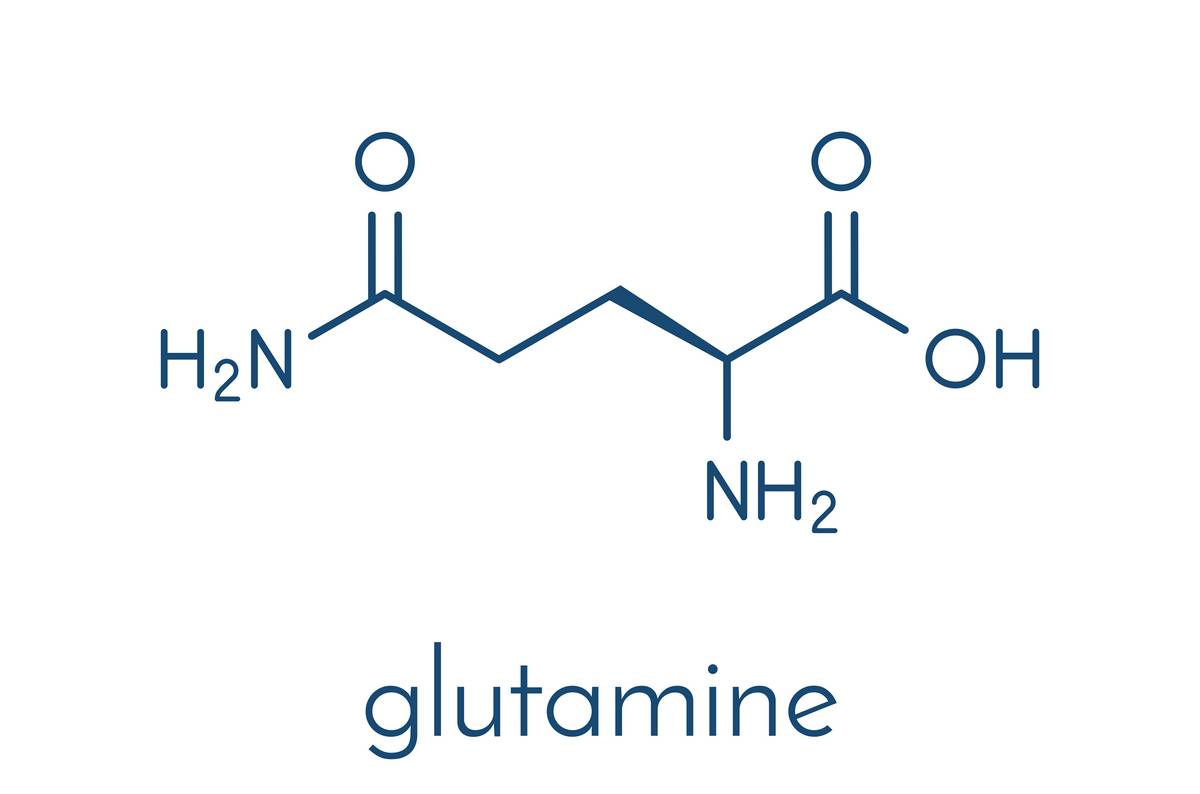 Glutamine also happens to be the most abundant amino acid in muscle tissue. Because of this, muscle has a key role as a pool of glutamine for when the body needs a robust immune response, such as when it needs to fight infection. That means, in the absence of a replacement supply, muscle tissue will be broken down to help supply enough glutamine for adequate immune system response.

If you have muscle, then you’ll be able to keep your immune system strong.

4. Why you need muscle during physical stress

There is an increased demand for amino acids when the body

The need for protein is increased four-fold in burns victims. For example, an 80kg person suffering serious burns might require an intake of around 320g protein per day.

Any wound or serious illness is going to increase demand for protein. If this is accompanied by a loss of appetite then the recovery process is going to draw heavily on the stores of protein available in the muscles. So, it is beneficial to maintain as much muscle as possible to safeguard against any such event. A lack of muscle has been shown to be detrimental to the survival rates of cancer and burns victims. Cancer survival and recurrence is worse in those with less.

The strength and function you get with increased muscle is important for the recovery process. Physical weakening or loss of function can lengthen your recovery. If you have low muscle mass before the trauma, the resulting loss of muscle and capability may mean that you never recover. For example, a lack of muscle is one reason why 50% of women over the age of 65 who break a hip never walk again.

My father died a couple of years ago, following a short illness. Over a number of years he had become increasingly inactive due to arthritic knees and then a leaky heart valve which made him breathless. He lost a great deal of muscle and became frail and stooped. He had a prolonged period of inactivity after he had his valve replaced. Then shortly afterwards, he had another period of bed rest following the removal of an operation-induced thrombosis. The loss of muscle he suffered left him so frail he could barely walk or keep his head up. He had literally wasted away. When he had a minor stroke a couple of months later, he had no reserves of protein to maintain his organs or to keep his immune system in good order to fight infection. If you needed a real example of why you need muscle, this is it.

It is becoming clearer that when there is a change in the function of muscle, it is a major contributor to the development of insulin resistance and, ultimately, diabetes.

Early morning fasted cardio is a great way to maximise your ability to burn fat. We have written about the benefits of steady cardio in a previous article. Here we are talking mainly about maintaining the metabolic function rather than muscle mass per se. That said, providing the ability of muscle to burn fat is maintained, the more muscle you have, the better your body’s overall ability to burn fat.

6. Why you need muscle to help prevent osteoporosis

Mechanical force on bone is essential for bone strength and mass. Although weight bearing is an important source of mechanical force, the largest direct mechanical force comes from muscle contractions. Studies on both athletes and stroke victims support this.

Those with the least strength are at increased risk of falls due to a lack of strength and impaired balance. Those who do fall are more likely to break bones if they have poor bone density.

The maintenance of bone with ageing is highly dependent on the maintenance of muscle. Bone mass and muscle strength go hand in hand, so the prevention of osteoporosis is another good reason why you need muscle. Get yourself a personal trainer and learn how to lift weights! 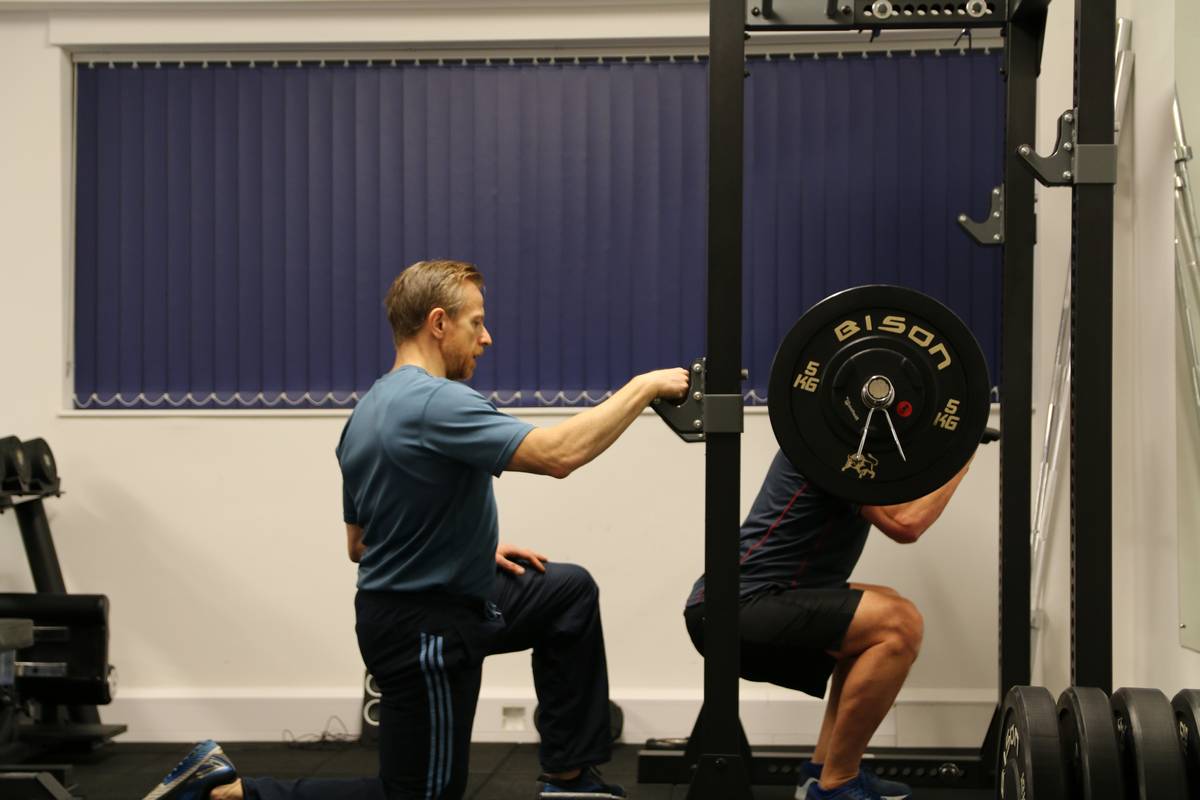 7. It helps you maintain good posture

Ageing leads to a loss of quality in muscle. That means your tissues become riddled with adhesions, become less pliable, begin to accumulate connective fibres such as collagen and can become irreversibly shortened. A lifetime of sitting can lead to tight hips and a tight chest with resulting pelvic tilt, lower back pain, rounded shoulders, shoulder pain and stooped appearance. Surgery may even be necessary to alleviate some of the complications. Poor posture is both a cause and a consequence of movement dysfunction. The knock-on effects include joint pain, injury and breathing difficulties, as well as a deterioration in your appearance and confidence. 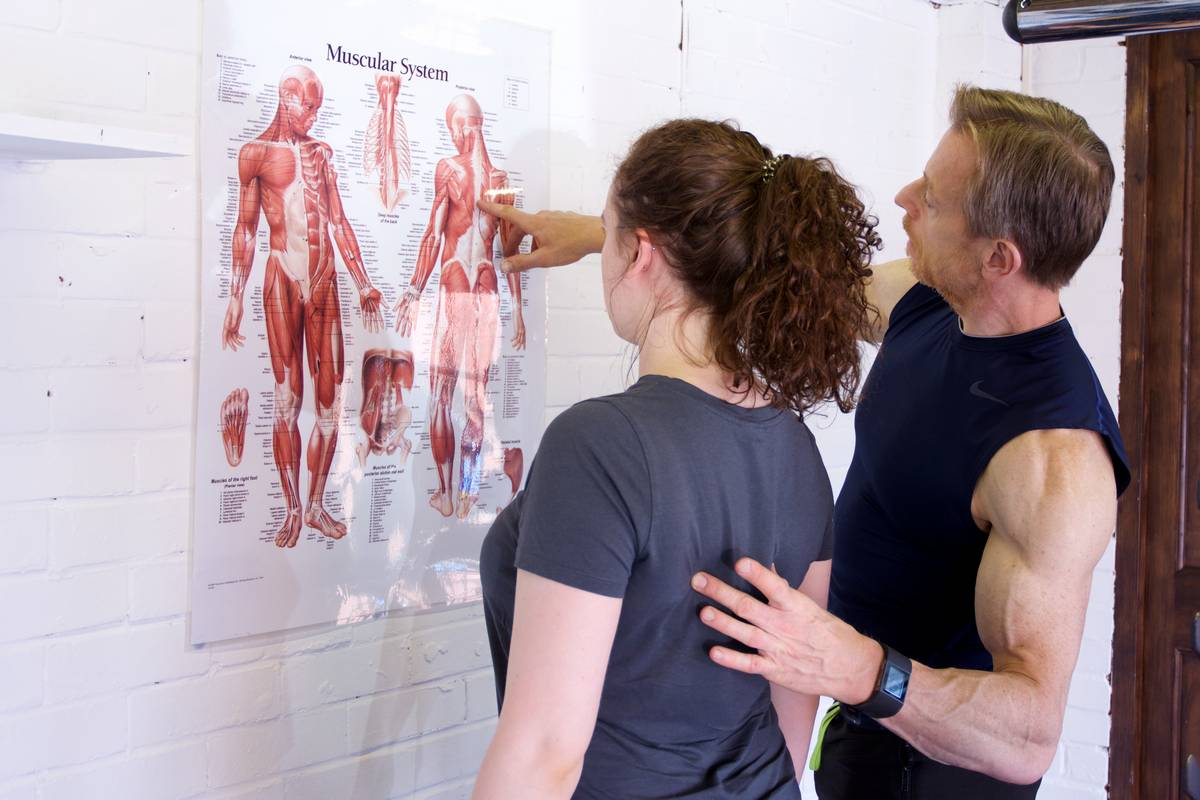 Maintaining muscle and strength, particularly in the key postural areas, can help to counteract or prevent a deterioration in posture. Regular maintenance work such as foam rolling and massage can maintain the quality of muscle whilst activities such as strength training and yoga can help maintain the strength, mass and flexibility.

8. Maintenance of strength and functional ability

With more muscle and more strength comes improved capability. Activities such as working in the garden, going for long walks, climbing hills, cycling and so on can be maintained well into old age simply by maintaining strength and function.

Being strong also makes every day living seem like less effort, so you’ll find you have an inclination to move more, and less likelihood of putting on weight.

That’s a compelling list of ten reasons why you need muscle! And there’s more where that came from, but ten is a nice round number. It’s never too late to change your eating and exercise habits for the better. If you’re not sure what to do, get yourself a personal trainer and receive some coaching. Start putting on some muscle and get ready to enjoy a long and active life.