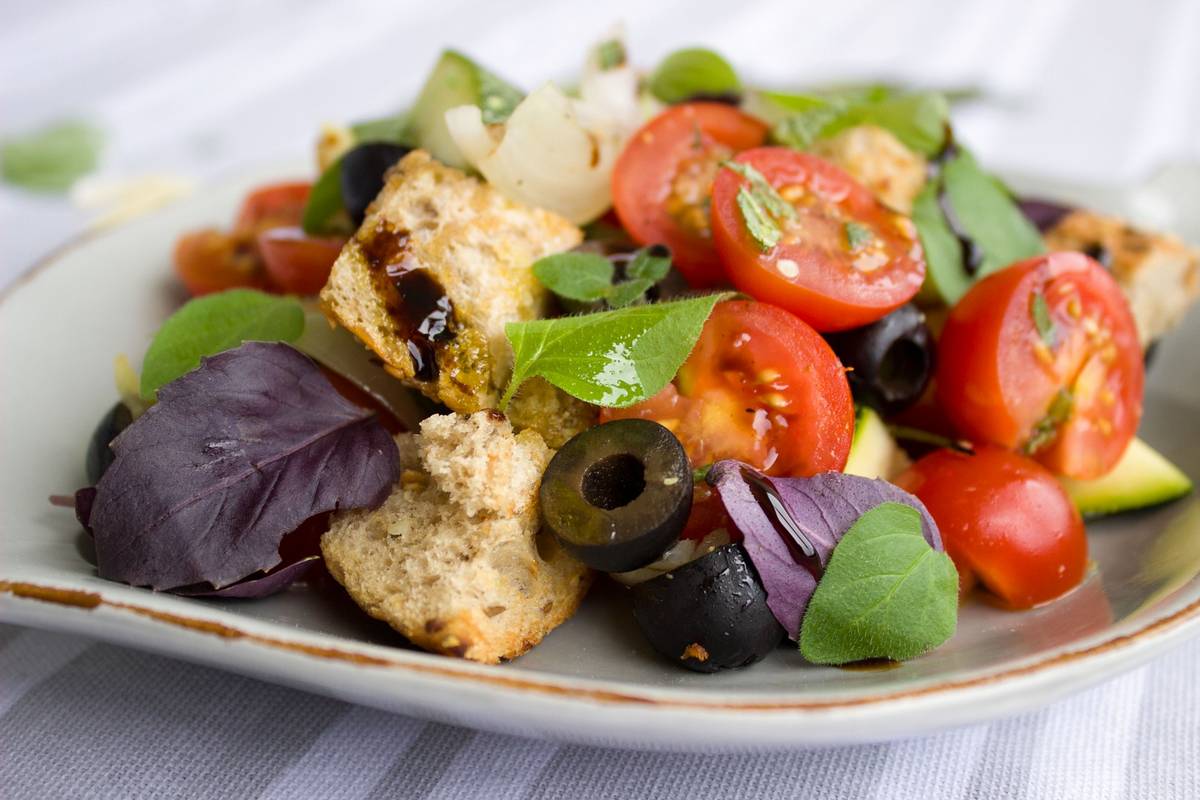 Are you thinking about going vegan? Before you do, you might want to read about the veganism pros and cons.

Veganism is unquestionably on the rise. If you want to get a feel for just how quickly and markedly this lifestyle choice is gaining popularity, just look at the last bullet in the stats presented by The Vegan Society.

Usually the rationale for going vegan relates to animal welfare or environmental considerations. But, how does a vegan diet stack up against a more traditional western diet in terms of health, weight loss and lifestyle? Below we discuss the veganism pros and cons. 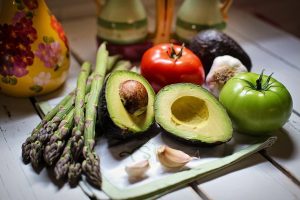 Benefits of Being Vegan: Health

A vegan diet has a good reputation for being healthy, and rightly so. Without foods containing animal products, your diet will naturally contain more fruit, vegetables, legumes and wholegrains. These foods, in combination, will provide you with oodles of goodness such as vitamins, minerals, antioxidants and phytonutrients.

Most of the saturated fat in the western diet comes from animal products; if you switch to a vegan diet, you’re going consume less of it and reduce your bad cholesterol at the same time.

As if all that wasn’t impressive enough, veganism has also been associated with lower blood pressure and a reduced risk of type 2 diabetes.

Disadvantages of Being Vegan: Health 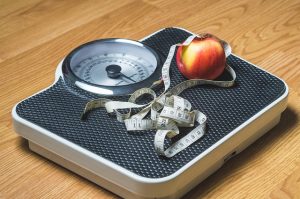 Benefits of Being Vegan: Weight Loss

More foods in the traditional western diet are calorie dense than in the vegan diet, often because they contain a lot of fat. There’s a good deal of animal-derived fat in anything containing cheese or other full fat dairy; almost everything with pastry, breadcrumbs or batter; cakes and sweets; sausages and salamis; ready meals. Take all this stuff out of your diet and you’re almost certainly going to consume fewer calories.

Also, because a vegan diet has plenty of fibre and filling foods, it’s going to tend to keep you fuller for longer, which is great for helping you eat less over the course of a day.

Disadvantages of Being Vegan: Weight Loss

If you’re just considering weight loss, there aren’t too many cons. Just be clear that you don’t have to go vegan to benefit from the weight loss effects of vegan foods. You can still eat lean sources of animal protein and low fat dairy, along with lots of fruit, veg, wholegrains and legumes to achieve the same weight loss benefits.

Also note that calcium intake has been associated with an improved ability to lose weight. Since dairy is a major source of calcium in the western diet, vegans would need to find alternative foods that would provide equivalent amounts of calcium. 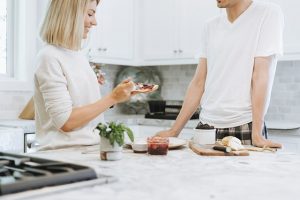 Benefits of Being Vegan: Lifestyle

The main lifestyle benefit of going vegan would be the comfort of knowing that you are doing your bit to reduce animal cruelty and the environmental impact of food production.

But that’s probably about it. If you’re thinking of going vegan, be sure to understand that there are significant lifestyle challenges.

Disadvantages of Being Vegan: Lifestyle

Being vegan is definitely more challenging than following a traditional western diet, mainly because of the availability of vegan foods and the smaller accumulated know-how of choosing, preparing and cooking vegan food. For starters, if you want to avoid all animal products, you have to know your food. For example:

You’re going to have to be vigilant, read the food labels and ask in restaurants about the ingredients. You’ll definitely find it harder to eat out as, even now, vegan choices are limited.

Going vegan is a big change. You’ll need to be disciplined to avoid animal products; you’re going to need to be a lot more knowledgeable to ensure you get all the nutrients you need; you’ll have to learn how to choose and cook vegan food. A good approach would be to wean yourself off animal products gradually. Drop the meat and poultry, then the fish, then the eggs and dairy.

Can You Get Enough Protein with a Vegan Diet?

Getting enough protein is essential to maintain healthy function and preserve muscle tissue. Read our previous blog to find out about the importance of muscle and the role protein plays in maintaining it. Probably the most frequent criticism of the vegan diet is that it is too low in high quality protein.

Most of the protein in the standard western diet comes from food derived from animals. Meat, poultry, fish, eggs and dairy are all rich sources of complete protein. Notice the word ‘complete’. This means a protein contains all 9 essential amino acids (EAAs) in sufficient quantity to facilitate optimal synthesis of bodily proteins.

Most plant proteins are lower in protein and deficient in one or more EAAs, which is why it’s more challenging to get enough high quality protein in a vegan diet. But crucially, not all plant proteins are deficient in the same EAA. That means, if you combine the right foods together, you can create a meal that contains a complete protein and all EAAs in sufficient quantities.

For example, as a rule of thumb, if you combine legumes or vegetables with grains or nuts, you’re going to create complete proteins. Beans on toast is an often-quoted example.

Some plant proteins are complete without combining them with others. Soy is the most familiar and abundant in everyday foodstuffs and it compares well to animal protein. You can get meat alternatives, cheeses, milk and yoghurts all made from soy, as well as specific soy-based foods such as tofu and tempeh.

But, be aware that there is a long-standing debate about the effects of soy on male hormones. Because the chemical structure of the isoflavones contained in soy closely resemble that of estrogen, they are thought to have a similar effect, including the reduction of testosterone. There is evidence to both support and refute this conjecture.

More recently we have seen the emergence of vegan products designed to reproduce the amino acid profile of animal products. Some provide complete nutrition with the right blend of plant proteins to create the required amino acid profile. Huel is a great example. The creators have even managed to make it free of soy and high in leucine, the primary amino acid that stimulates muscle protein synthesis. If you are time poor and want to ensure you are getting enough high quality protein, then this is a great product. Be aware though, that Huel, although very balanced and nutritious, is a highly processed food. So, if you are suspicious of processed foods, this may not be for you.

Can vegans gain muscle and perform at a high level?

Yes! Is the emphatic answer to that question. There’s a ‘but’ coming, can you tell?

But, you have to know what you’re doing. If you want to perform at a high level, you have to be able to adapt to your training and maintain optimal energy levels in both training and competition. Everyone will be a little different but, as a rule of thumb, protein and unrefined carbohydrates are very beneficial for performance. Protein and carbohydrate will help you adapt to your training, and carbohydrate will give you the energy you need to perform with maximum effort. Athletes performing at a high level will tend to keep their fat down and emphasise protein and carbohydrate. A typical macronutrient split might be 20% fat, 25% protein and 55% carbs.

If you’re not vegan

It’s easy to hit your macronutrient ratios when you’re a meat eater. That’s because meat, poultry and fish are almost pure protein. You can construct meals by choosing a fat source, a protein source and a carbohydrate source. If you need more protein, have more fish, for example. If you need more carbs, add some more wholegrain rice. It’s easy.

But, when you’re a vegan, your protein sources tend to come with other macronutrients. Peanuts are full of protein, but they come with a lot of fat. So, if you need more protein and you choose peanuts as a protein source, you’re going to be adding a lot of fat. You’ll have to reduce the fat somewhere else to maintain your ratios. The same goes for beans. They are high in protein but also contain a  lot of carbohydrate. So choosing beans as a protein source will also increase your carbs. Even the vegan protein powders contain the other macronutrients. It’s fiddly. You have to log your foods and twiddle with the numbers to achieve your macronutrient ratio. So, if you’re an athlete and you’re vegan, you’ve got to know what you’re doing.

At this point I can’t resist commenting on that popular film that was so heavily advertised, about vegan athletes. It’s backed by a lot of famous people! It claims that, as an athlete, you’ll do just as well, if not better, on a vegan diet. You might do just as well, but you’ll need to know what you’re doing.

The film has some biases as it was part sponsored by a manufacturer of vegan protein. It also fails to tell you that you’ll probably need a nutritionist to help you plan your nutrition! And, of course, it only presents one side of the argument. If you watch it, it may wow you, and it may even encourage you to go vegan. Just be aware of the biases.

That was a quick whizz through the veganism pros and cons. The bottom line is that if you choose to follow a vegan diet, it can be super healthy and can support any of your sporting or weight loss goals, providing it is well thought out and structured. If you haven’t already, you will definitely need to educate yourself to avoid nutrient deficiencies and optimise your athletic performance. You’ll need to learn about food and do the research.

We can’t recommend that highly enough. As personal trainers and weight loss specialists, that’s something we advocate to everyone, regardless of dietary preference. It’s our philosophy to educate our clients rather than prescribe. It sounds patronising to say that. But most clients could use a little more know-how regarding nutrition. We want them to walk away from our programmes with the knowledge to sustain their new lifestyle for life. A lot of weight loss services will prescribe an approach that is not sustainable and not explained, so that at the end of the programme the client reverts to their old eating habits. To  me, that lacks integrity. Educate the client, help them create a new lifestyle and make sure they maintain that throughout and beyond the programme. That has to be a better approach.

The key piece of advice here is to learn about your food, especially if you are vegan. Please, don’t just ‘go vegan’ and wing it. Figure out how to get the variety and combination of whole foods you need to provide all your nutrient and protein requirements. That way, you’ll be healthy and awesome.