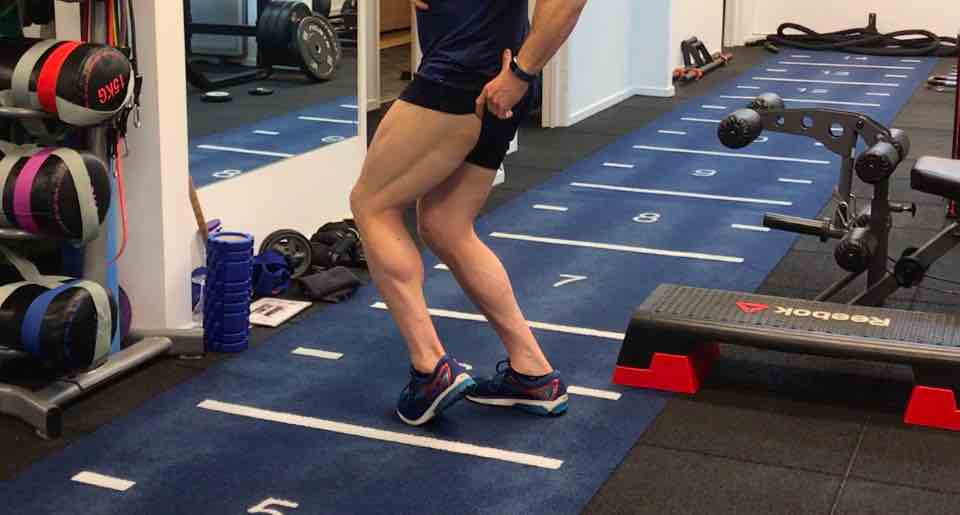 This week we are continuing our feature where we provide our view on which are the top five exercises for different body parts.

What are the criteria for selecting the ‘best‘ five exercises? They are those that build muscle, or tone, and do so in a balanced, aesthetically pleasing way. They should work well for most people and provide maximum stimulation. As a collection they need to provide an all over stimulus that will develop a well-proportioned pleasing shape.

Not all the exercises in this series are going to work for everyone, but I have tried to choose exercises that most people should be able to perform whilst also offering variety.

This week we give our view on the top five best hamstring exercises.

What are the hamstrings?

The hamstrings are the muscles at the back of the thighs. They are a collection of 4 muscles (semitendinosus, semimembranosus, biceps femoris long head, biceps femoris short head). Three of them originate on the pelvis, the other on the thigh bone. All of them insert below the knee on the tibia or fibula. They perform two main movements. First, they flex the knee joint – think kicking your bum with your heel. Second, they extend the hip – think picking something up after bending at the waist. A good routine for this body part will include hamstring exercises to train both movements.

Having said that this ‘best five’ series is all about aesthetics, I’m now going to talk about function! The hamstrings are involved in all everyday functional movements involving the legs – walking, running, standing up, picking stuff up, climbing the stairs, changing direction and so on. They flex and support the knee and extend the hip in these movements and they stabilise the pelvis during other movements. They’re involved pretty much whenever you move! For various different reasons – such as prolonged sitting – they can become weak, tight, chronically lengthened or shortened. Knee or lower back pain can be the result of hamstring dysfunctions arising from these sorts of imbalances. Read some more about the importance of the hamstrings here and here.

So, the hamstrings are important for correct function and injury prevention. But in this article we are interested in building tone. In reality, if you can build tone you are going to build strength and help the hamstrings to function properly, so the exercises listed are going to help you both aesthetically and functionally.

One of the useful consequences of hamstring anatomy – the fact that it flexes the knee and extends the hip – is that you can superset the two types of movement for very effective hamstring exhaustion. Try any type of knee flexion exercise to failure, and immediately follow it with a hip extension movement. This is useful to fully exhaust the hamstrings and ensure they fail before any of the other muscles involved.

A lot of regular trainers do not give enough attention to their hamstrings and their legs become, and look, imbalanced. Stand side on to a mirror, lift your nearside heel and squat down a little to bend your leg. Does the back of your leg look flat? If it does then work it harder and try to achieve a bit of a ‘hang’ in the hamstrings – it’ll make your legs look fuller, more balanced and great from the side and back.

So, with the intro done, on to our five best hamstring exercises…

The only disadvantage of this exercise is that you have to build up the weight gradually from quite light. The reason for this is that most people do not initially have the strength to hold the spine in neutral – the upper back rounds and the exercise becomes risky. Start light, achieve the right shape and gradually build the weight.

You can build up to good weight if you work on it. For quite a while I used the Romanian deadlift instead of the standard deadlift and was able to get up to 90% of my deadlift weight. In many ways it stimulates the back muscles even better than the standard deadlift, so I felt it did more than build my hamstrings.

The second of our hamstring exercises is lying leg curls. You may hear the hamstrings referred to as ‘leg bis’ (leg biceps) because two of the muscles have the word biceps in them and this curling movement is analogous to the more familiar biceps curl of the arm. You can do leg curls on a machine either lying, seated or standing one leg at a time. They are all good exercises but only one machine-knee-flexion makes the top five cut. The reason the lying variation makes the cut is because it’s easier to perform. The other two can be a little awkward and take a little more effort before you get the right set up and the right ‘feel’.

You can add variety to this exercise. Point your toes to your shins and you’ll work your calf at the same time. Point your toes away and it will take the calves out and put more emphasis through the hamstring. Because it’s pin loaded you can extend a set by quickly dropping the weight after an initial failure and going again. Or you can do partials, pulses, squeezes at different points in the movement. Try 21s with hamstring curls – 7 reps lower half of the movement, 7 upper half, 7 full reps.

When you perform the movement, try to get as full a range as possible, control the negative and keep the tension on the hamstrings throughout the set by not letting the stack touch down between reps.

The third on our list of best hamstring exercises are glute-ham raises. This is pure hip extension, but this time gravity is acting, and the hamstrings are working, most strongly at the fully extended position. Compare this with the Romanian deadlift where gravity is acting, and the hamstrings working, most strongly when the hips are flexed at the start of the movement. It’s good to have this variety of tension using different exercises, so that the hamstrings get used to working hard at different points in the range of motion, thereby making them functionally more resilient and facilitating better overall development.

You can do this with just bodyweight or you can hold a dumbbell or kettlebell to add resistance. If you can hold for a count at the top then you’ll get an intense contraction.

Be careful that this doesn’t become an exercise for the lower back. In other words, you need to make sure there is no flexion of the lower spine. The spine stays stiff and the movement takes place solely at the hip. To keep the spine safe, brace your core as you perform the movement.

The penultimate of our best hamstring exercises is natural hamstring curls. This is our second choice for knee flexion. I like this exercise because it’s one of those primal movements where you’ll put in extra Herculean effort to ensure you come back up on each rep. A bit like the squat where you don’t want to get stuck at the bottom and have to ditch the bar, you don’t want to get stuck at the bottom of the natural hamstring curl, not because it’s dangerous to do so, just because your instinct tells you not to and your effort levels peak in order to ensure you complete the rep.

To perform the movement you’ll need to find a way to trap your ankles under something comfortable and rest your knees on top of something else that’s comfortable. Unless your hamstrings are super strong, you will also need a resistance band to lighten the movement as we have done in the video. Here we’ve used the hamstring curl apparatus and the frame of the dual pulley system to achieve the above. If you don’t have anything to attach a resistance band to, then you can use pure bodyweight as far as possible, stop yourself with your hands and then push back up.

Of all the hamstring exercises that flex the knee, I find this recruits the hamstring most strongly, mainly because of the all-out effort required to haul yourself back up. It takes a little getting used to, and it looks a bit intimidating, but once you master it you’ll achieve very strong hamstring development.

To finish off our best hamstring exercises, we have the single leg stiff leg deadlift. This is biomechanically similar to the Romanian deadlift, but this time it’s done one leg at a time. I like this for two reasons. First, it helps correct any left-right imbalance such as a dominance of one side. Second, I find that most clients can perform this exercise whereas some find they cannot keep their spine from rounding in the Romanian deadlift. I also feel you can get a better stretch than with the two-legged version.

You may not feel you are working your hamstrings strongly while you are doing this movement but, of all the hamstring exercises I have done with my clients, this one tends to make them sore for several days. That’s not the aim of course, but it is evidence of its efficacy as a hamstring exercise.

So, there you have it, my top five best hamstring exercises. When designing your workout for hamstrings, make sure to include at least one knee flexion and one hip extension exercise. If your hamstrings are weak then put them first in your workout and perform a lot more sets than the customary few sets of leg curls at the end of a leg workout. Prioritise your hamstrings, work them hard and get yourself a pair of hanging hams!