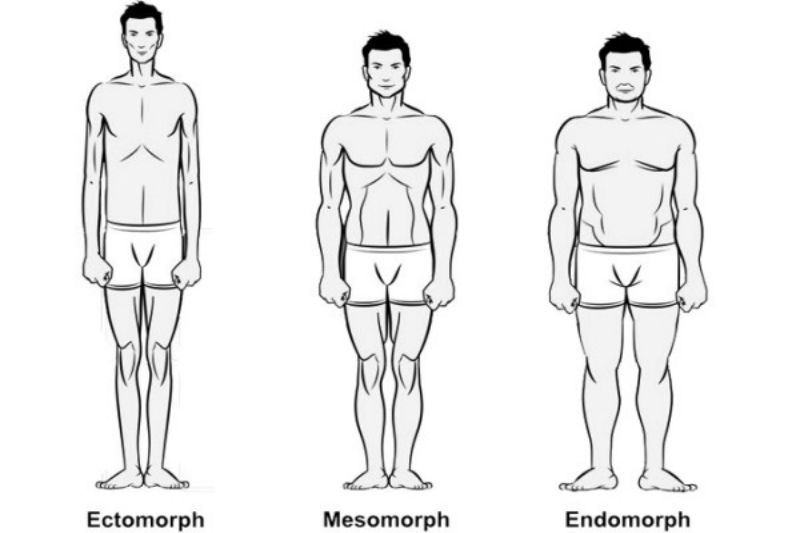 Why are some people tall and skinny and others are stocky? Some women are apple-shaped, others are pear-shaped and some are hourglass shaped; why is that? Why do some men have a v-shape and others go straight up and down? These are all great questions. The short answer is that you inherit structural body dimensions, so they are genetically determined.

But what about body dimensions related to how much fat you put on? Is that also inherited or is it more of a lifestyle factor? In this post, we summarise some of the known information on somatotype and body fat accumulation.

A chap called Sheldon invented a taxonomy of body types known as somatotypes. There are three:

Obviously, this is a generalisation. But it’s a useful one nonetheless, and one that has been widely cited and adopted. Far less useful are the behavioural characteristics that Sheldon associated with these somatotypes, but that’s for another day.

Is there any validity in this generalisation? Well, certainly there are different body shapes. But categorising everyone into one of three types is a gross simplification. In reality, there is a continuum of body shapes from one end of the scale to the other.

Although female body types do not conform quite as well to this categorisation it is still a useful generalisation. In women, as well as the body types listed above, you can also identify body shapes such as apple or pear-shaped. Someone might be ecto- on top and endo- on the lower half, making them pear-shaped. Or perhaps endo- on top and ecto- below, making them apple-shaped. You can identify hybrid somatotypes in men too.

I’m a classic endomorph. I have a thick waist and strong chunky core. This allows me to generate power and build muscle. But I have a devil of a time getting super lean. 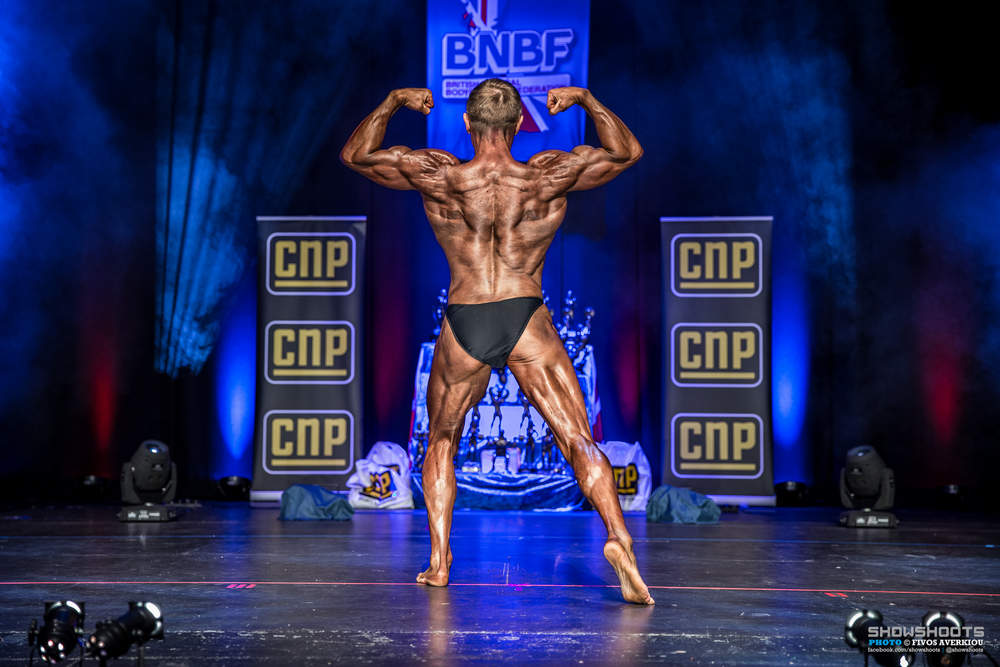 You’ll notice that in the description of each somatotype, there is an association between the somatotype and the tendency to gain body fat. Is this valid? To some extent, yes, but the picture is blurred because genetic factors are not the only cause of weight gain; lifestyle plays a huge part too.

You may be surprised to hear that genes play a role in a person’s tendency to store fat. We’re encouraged to scoff at people who say their obesity is due to their genes. In a recent study, 97 genetic variations were identified that contribute to a person’s risk of gaining body fat. A person having none of these variations would have an easy time preventing body fat accumulation. In contrast, a person with all 97 would have a very hard time keeping body fat down. Within the population, different people will possess different numbers of these genetic variations. Let’s assume, for illustration purposes, that the distribution is bell-shaped.

But let’s just be clear. If you sit at the right end of the distribution, it doesn’t mean you’re guaranteed to be obese; it just means you’ll have to work a little harder to keep your weight down. And if you’re over on the left of the distribution, it doesn’t mean you’re immune to obesity; it simply means you can eat a little more do a little less than most people without getting fat.

Is there a relationship between somatotype and body fat? Most definitely. You may find more ectomorphs on the left of the distribution and more endomorphs on the right, for example. But the graph above is not a plot of somatotype with ectomorph on the left, endomorph on the right and mesomorph in the middle. The chart is not saying anything about bone structure or the ability to gain muscle. But, as the study points out, a lot of the traits of ectomprphy and mesomorphy are explained by the number of genetic variations possessed. As you might expect, given the number of people who are overweight or obese, the correlation for endomorphy is less clear cut.

But in terms of physiological and behavioural characteristics, what’s different about people at one end of the distribution to those at the other? Genetic variations may lead to differences in

All these things influence calorie burn or calorie intake. You can override most of these physiological traits with conscious thought and action. But they are there in the background influencing you.

The fact that you can override your genes is the reason why you’ll often hear people say that genes don’t matter. They will say that, if you have the motivation, you can achieve the body composition you desire. Sure, you can, but it’s a lot harder for some than for others.

But just because it’s harder for you, it doesn’t mean you shouldn’t try. For example, I am definitely towards the right side of that distribution, but I maintain body fat percentages below 15% year-round. I’ve done the research, implemented it, and it works for me. The good news is that it’s not rocket science. It’s not a special approach that only works for my body type. It’s the same science, the same approach that will work for everyone. It comes down to sensible eating and being more active.

There is a large genetic component to the structural and physiological characteristics of individuals. For example, people are often a similar shape to their parents or grandparents. They may also have a similar propensity for body fat accumulation. And there is a strong relationship between somatotype and body fat. Given that somatotype is a heritable characteristic, that means the risk of body fat accumulation is also genetically influenced; this has been evidenced in studies.

But there is a huge influence from lifestyle too. You don’t have to live a lifestyle that makes you fat. Even if your genes make you predisposed to accumulate body fat, it’s not an inevitability. Whatever your somatotype or your collection of the 97 obesity risk gene variations, you can be a healthy weight. You just have to do the same things that work for everyone: eat unprocessed food, eat only what you need to maintain your health and activities, and move more.