The benefits of steady cardio - part 2 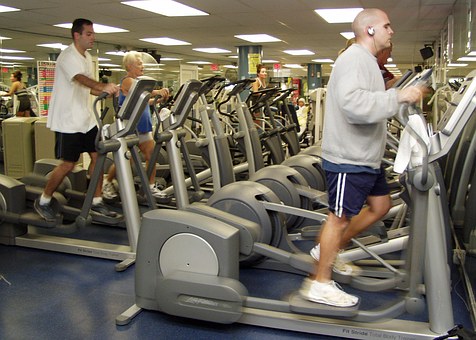 In part 1 we looked at some good reasons why you might want to do steady cardio but we left the arguments about fat burning to this second instalment.

The fat burning arguments about the two options go like this. HIIT ramps up your metabolism and helps you burn more calories in the hours after exercise (the ‘after burn’) so that you end up burning more calories than you would have done in a steady state cardio session. The steady cardio argument says that at moderate intensities the body’s fat utilisation is maximised so it makes sense to exercise at a moderate intensity for a decent length of time in order to burn off some fat. Hmmm, they both kind of make sense don’t they?

Let’s look a little closer. To pick this apart we need to understand fat burning in a little more detail. You can consider fat burning as a two stage process

There is a process that connects these two, which is the transport of fatty acids in the blood and across cell and mitochondrial boundaries, but we will ignore that for now to keep the discussion tidy.

HIIT is great at getting fat out of fat stores. It does this by ramping up adrenaline, which causes the breakdown and release of fatty acids from fat stores. However, HIIT is pretty poor at oxidising fat. It’s well known that at high intensities the body’s choice of fuel is almost entirely carbohydrate. That said, HIIT will make your metabolism hum for some time afterwards and so will burn extra calories in a much lower intensity zone where fat is more readily utilised for energy.

Steady cardio is not so good at getting fat out of the stores, but does a pretty decent job of oxidising it, since at moderate intensities the body more readily uses fat as a fuel. On cardiovascular machines such as treadmills and elliptical machines, you may see ‘fat burning zone’ on some of the available programmes, evidencing this well known property of human energy metabolism. You have to go at it for a longer time and a you will not get the same ‘afterburn’ as with HIIT, but as you become fitter you will be able to work at a higher intensity in the fat burning zone and so burn more calories.

So which is better? First, I want to say that either choice will help with fat burning. To some extent, the choice may be a matter of preference. For example, if you are short on time, you might find HIIT a better choice. If you have a bit more time and want to be able to watch the TV while you exercise, then you might prefer steady cardio.

Steady cardio is my preferred choice. I do it first thing in the morning in a fasted state. Here are the reasons why I advocate this approach.

There is definitely something to be said for HIIT’s ability to ramp up the metabolism and burn calories for a longer period, but I prefer to see my weight training sessions as my form of HIIT. Done with sufficient intensity, a weight training session is far more potent than an HIIT session in creating an after burn. Couple that with the fat oxidation benefits of steady cardio and you have a great combination for favourable changes in body composition.

Don’t get me wrong, I’m not a detractor of HIIT. If it works for you and you like it, then do it. I even use it myself in combination with steady cardio when I am trying to get to very low levels of body fat. It has its place.

I should conclude by saying that none of your cardio efforts will make a difference to fat loss if you are not maintaining a calorie deficit. That is a prerequisite. Get that right and you will lose weight. The trick is knowing how to make sure all that lost weight is fat.